We recently updated a marketing campaign at Mirus Australia.  Change may actually suck! And we aren’t going anywhere. We are as passionate as ever about #makingagedcarebetter

To help our team at Mirus better connect with “the man” used in the campaign, we asked our colleagues to come up with a name for him and a back story or a ‘persona’.

The submissions were very creative and they came from analysts, consultants and data nerds. Who knew!

The Mirus Marketing team engaged two (2) independent and highly esteemed judges to help us with the final selection.

We asked our judges to score on creativity, whether the story was believable and if the story suited our man. Who would you choose?

Roland was born in 1926 in Penrith NSW to immigrants from Norway.

He grew up with the Blue Mountains as his backyard and had big dreams while ineffectively panning for gold in the streams.

He did earn a few extra bucks helping keep ‘roos off the farmers lots around his family’s place – enough pay for tuition in the big smoke, Sydney.

Before he finished his degree, he left University to as a paramedic in WWII, spending time in North Africa and later France.

That is where he met his future wife Jackie, a nurse, from Newcastle.

After the war Roland got a job with Telstra and spent time in Goulburn, Wagga Wagga and various other places around southern NSW.

He was influential in the engineering and construction of a co-axial cable project connecting Sydney and Melbourne.

His three kids John, Jane and Jim all live in NSW.

He has worked at Rail Australia almost all his life before retiring.

He worked there for 23 years, having had only a few jobs before that.

He slowly moved through the ranks and was always a kind and great boss, a good and conscientious worker.

He was married and had three (3) kids, two are now married with children of their own. His children are two (2) girls and one (1) boy, the youngest, who is married to a same sex partner and they have adopted a child.

His older girl divorced and has no children and he worries about her, a divorced woman, “what can you do?”

He tells his friend on the bus about how he is challenged by this situation.

He took a while to come to terms with his son being gay but eventually got to it, because he is kind above all.

He loves trains in all sizes and types, he collects model trains now.

He likes aquarobics and to walk around his neighbourhood and meet the friends in his retirement villa.

He is a bit stubborn and doesn’t want to use the walking aids he should be using, so every now and then he falls. His family doesn’t come around all the time, but they do it consistently and every two weeks there is someone who comes to see him.

He is very independent and doesn’t ask for help from his family when he is injured, he prefers to have them visiting when he can enjoy them.

He is proud and tough with his health but a sweetheart in the way he deals with everyone.

He is now so real to me! I can have long conversations with him about being grateful for the things you do have around you each day, even if these things may change day by day.

Walter served in the army, survived the swine flu, beat cancer, and then Covid-19.

He’s an icon of survival.

He’s been married twice, his first one didn’t work out but they remained good friends.

She passed away due to a car accident sometime after their separation.

His second partner is a civil engineer who accidentally discovered backward time travel (only to the past, not the future).

To time travel, you simply export your mind to your younger self.

That was contributory to Australia’s mining boom. Time travel, for the most part, offered economic and political benefits as governments were given opportunities to rewind the GFC, Black Monday and multiple mass shootings.

In Walter’s golden years, Vibranium became a rare commodity and could only allow one last slingshot to the past. As such, he decided to visit his friends in the early years to relive his life.

On the last leg, he stopped by to meet his first wife during the time they were still together.

The cycle is now complete as Walter realises, he has to let her go in order for time travel to be discovered and achievements to be unlocked for the betterment of mankind.

He bid goodbye to his beautiful wife as he began to arrange the events leading to their eventual separation, knowing he would never see her again.

Upon his return to the present, Walter starts to reminisce on the relativity of time, space and existence. Time continuum remains a mystery as you were born to simply complete your part in the paradox.

Until one day, someone knocks on his door. It was his first wife, or someone who bears a strong resemblance to her. To his astonishment, she unravels

“Hello Walter, I come from the future. I have never met you before, but I believe you know me very well”

This is Mr. Philip Kowalski.

Born 1928 in Krakow, Poland. He was only 11 years old when Germany invaded Poland.

He didn’t quite understand what it meant at that time, except he had to stop playing, his father listened the radio with more serious words instead of music.

He remembered though, his father being a powerful Jewish man in Poland.

Mother told me to pack and we’re leaving in 10 mins.

“But mother, I want to say bye to Jakub”.

Mother did not say anything except moving in quick but soft pace. Within 10 minutes, clutching his favourite toy, they sat at the back of a transport car. It drove and drove. Philip doesn’t remember how long he sat in the back of that moving vehicle. All he knew was that they arrived in Switzerland. And from there, they continued to England and finally, a ship to Australia.

He grew up in a supportive family, bruised by the experiences of the past. Philip grew up more Australian than Polish but always felt his parents gaze long and empty. He wonders what happened to Jacub.

Philip grew up and became a bus driver. Because buses and trains help transport people away into better places, he believes.

He got married to Angelene, from Australia and they have three (3) beautiful children.

He wants to instil happiness in his family.

Now, at 92, he still smiles more than ever, even though his family no longer can take care of him long term. It doesn’t matter, he thinks. Because, he is now in an aged care facility that cares for him and still gives him a reason to smile.

At a young age Bernard wanted to be called “Bernie”, this was an attempt to escape the persona around his posh family’s reputation and to pursue a career in stand-up comedy.

In his home of Hobart, he tried to find himself gigs but no publican would hire him because all the pubs in Hobart were owned by his father, Bernard the II. Bernie’s father was the richest man in all the land and when asked why he wouldn’t let his son pursue his passion Bernie would spit “there is no way my son will become the town jester!”.

Bernie felt trapped so there was only one thing he could do, he fled to Melbourne by crossing the ditch in the middle of the night aboard a ferry. It wasn’t long until Bernie discovered that he wasn’t funny at all, and he was laughed off of countless stages. He had no money and no possessions, but he was determined to make it in the big city. Due to Bernie’s prestigious upbringing, he was literate and found himself a role as a librarian. It was here that he met his wife Bronwyn (AKA Bronie), they courted for two weeks and were married by the end of the same month.

Together with Bernie and Bronie opened their own book shop. They ran the shop and raised their two children, Bernard V and Iris. The bookshop grew and grew in popularity, eventually, Bernie’s sister asked if she could franchise the business. They named the bookstore Bymocks and it is now an international brand.

Bernie and Bronie now reside in a beautiful Aged Care facility in Melbourne.

Social Media: How do you know if you are winning?
Digital Media: Diagnose your “digitally confident” audience

Will you embrace performance coaching?
Are you looking forward?

Every 30 seconds an aged care professional in Australia is reviewing a resident’s ACFI score
Congrats to innovAGEING from Mirus Australia: Top 50!

The art of self-management: 4 tips from a Swiss-army knife
3 tips for transitioning to a new normal following a period of change 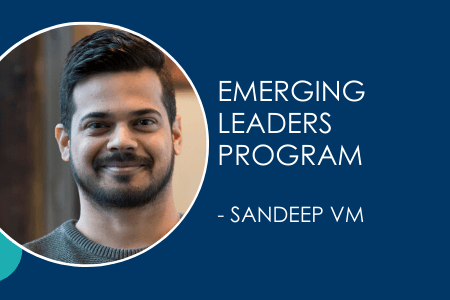 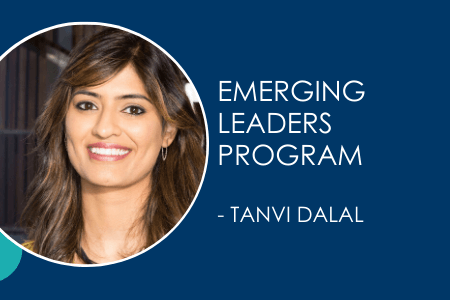 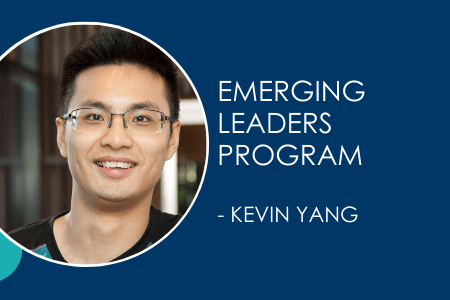