At Mirus Australia we think real-world experience and continuous learning is paramount for professional development and personal growth. We host monthly “Lunch n’ Learn’s” in our office where we cover a host of interesting and varied subjects. Recently our CEO, Andrew Farmer invited two special guests to our Sydney office for an in-house conversation – his parents-in-law, Coral and Gordon.  Gordon is living with Dementia. His wife Coral is his carer and greatest advocate.  Andrew asked is mother-in-law: “So what’s it like being an older person in Australia today?”

In 2019, there was estimated 450,000 Australians living with dementia and over half of all residents in aged care facilities have a dementia diagnosis. With 250 new diagnoses every day, those numbers are expected to rise in 2020. 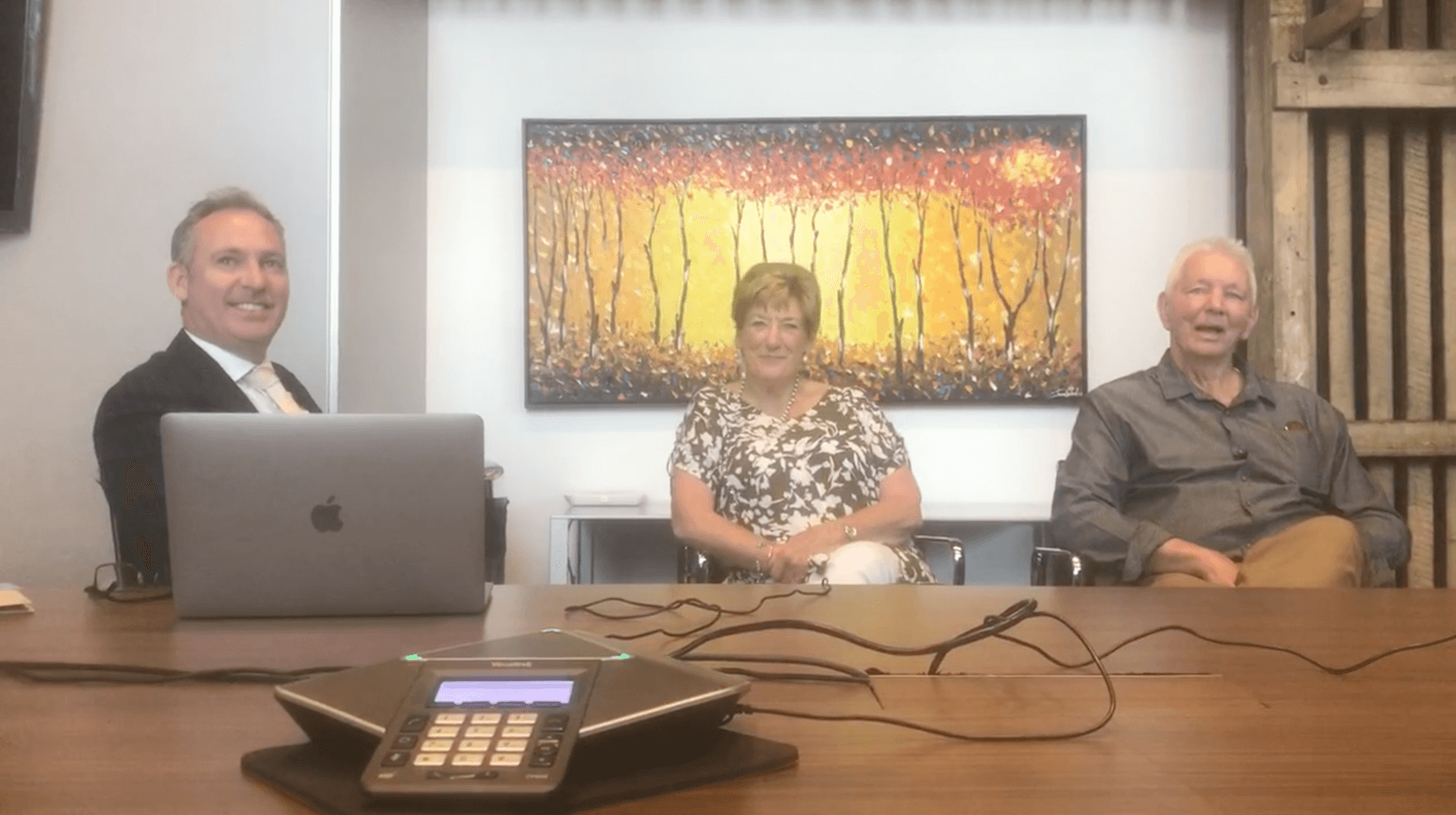 Coral started our conversation by sharing with us that a major fear amongst the elderly population is “the fear of invisibility”.

“Some people may experience apprehension from the general public when out and about; people often fear what they do not understand, and so sadly people may avoid older individuals due to a lack of understanding about ageing and its accompanying diagnoses such as dementia. For example, a possible symptom of dementia is a loss of inhibitions. Gordon often strikes up conversations with strangers and is sometimes met with rejection. I feel that with better understanding and education people would be more tolerant towards him.”

The subject of avoidance steered our conversation onto the topic of ageism. Coral intimated that her experiences of ageism primarily involves avoidance and a lack of tolerance for older members of society. Interestingly and according to a study conducted by the University of Melbourne, avoidance is the least common form of ageism people experience. 50% of the younger generation surveyed in the study indicated that their ageism stems from not feeling mutual respect between generations, whereas only 9% indicated avoidance. Gordon explained that his experience, as an older member of society and a person living with dementia, is treated equally and with a fair level of respect irrespective of his age or diagnosis.

Regardless of the root-cause, ageism can have negative effects on our society and unfortunate consequences for the quality of life of our ageing population. People are being judged based on their age or perceived stereotypes about ageing, rather than their abilities and individual qualities. At Mirus Australia, we support the goal of #makingagedcarebetter, and are advocates for further education and intergenerational dialogue to dispel the fear and bridge the gap between age groups. Ultimately, we want everyone in our country can feel included, understood and accepted.

The topic of inclusion and digital literacy came up next in our conversation. Coral made the statement that in her experience aged care residents “have absolutely no idea how to access, and haven’t got, any technology”. She mentioned that residents often have difficulty online banking and using public transport in the digital age with the rise of online banking, credit cards and public transport cards. This can leave people feeling excluded from certain societal activities, albeit mundane ones, and increases the divide between generations. And sadly, her sentiment is often true. Some residents are lucky enough to have family or friends who will help them build trust with modern technology, and better understanding around the internet, allowing them to be more independent and included in a tech driven society. But most do not have this support network. And although there is still a far way to go, people have definitely started to recognise the gap in education and need for integration, with some great initiatives being put forward.

For example, in 2018, ANZ bank recognised (completely on their own accord, not because of a royal commission!) how the ageing population makes up a significant portion of our increasingly tech-driven society, yet they struggle to use the technologies needed for day-to-day activities such as banking. They started a face-to-face programs to support older individuals to learn how to use and become more confident about using banking on their own devices.

Similarly, an aged care facility near Port Macquarie, NSW, has implemented a buddy system whereby members of younger generations not only connect with the older generation, but educate them on today’s technologies – this keeps residents up to date and fosters connections within the communities they are a part of.

True to the spirit of  “Lunch n Learn” sessions at Mirus Australia, the real-world experience of Gordon and Coral has inspired us all to have similar conversations with our own loved ones. Whilst there is an element of a shared experience to ageing, this conversation highlighted just two people of the thousands of unique lived experiences of older people in Australia. We encourage you to go out and listen, maybe even over lunch, to what other older people have to say, you might learn something new! And please ask yourself “what part can I play in increasing the understanding, increasing the inclusion, and hence increasing the quality of life of all ageing individuals in Australia?”.