Sustainability in a Challenging Environment

For Residential Aged Care Providers, 61% of total revenue comes from Commonwealth care subsidies and supplements1. Most of this funding allocation comes through the Aged Care Funding Instrument (ACFI).
When it comes to the management of ACFI funding, ensuring the quality of the documentation required to support an ACFI claim is crucial. Compiling the supporting pack is a time-consuming process, however the expectations placed on Providers around documentation have further increased.

As part of the 2016-17 budget, the government announced funding cuts of $1.2 billion over four years to the Aged Care sector. A substantial portion of these cuts will be achieved through an overhaul of ACFI – the result of which became effective earlier this year. In addition to the redesign of the ACFI framework, the way claims are audited has also changed. The government promised more robust validations and have adjusted some aspects of the way review visits are conducted.

Looking at the figures released by the Department of Health, we can already see the effects of this shifting approach to validations. The number of reviews completed over the second half of 2016 decreased by 41% when compared to the same period in 2015 (Fig 1.1). This is in stark contrast to the national downgrade rate which has increased by more than 50% from 13% in Q4 2015 to 27% in Q4 2016 (Fig 1.1). In other words, the Department is conducting fewer reviews but downgrading more. 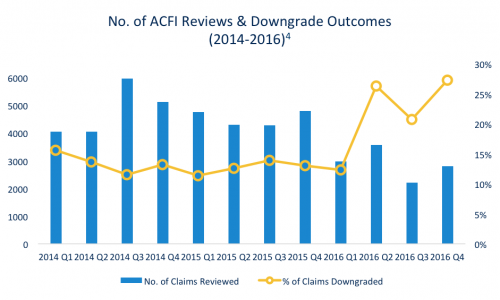 Whilst the approach to each validation will be different, we are seeing some other trends emerging.

Over the last 12 months, we’ve experienced an increase in care recipient observation and staff interviews. Observation typically starts immediately after the entry meeting. Review officers will often request to observe care recipients prior to reviewing ACFI packs. Staff interviews serve to answer any queries or discrepancies between documentation and observation.
Additionally, the changes to the requirements for some Complex Health Care procedures mean this domain has been a key focus area during recent audits. Some common examples which have been closely monitored include:

At Mirus, we’ve supported clients across Australia at hundreds of validations. Getting ready for a successful validation outcome means being proactive, standardising your process and upskilling your team. In doing so risk is mitigated and the rush of last-minute preparations can be avoided.

We have identified three phases of a validation and some of the steps that can support a sustainable ACFI process.

As with accreditation, one thing we can be sure of is government funding will be audited. However, by embedding a process that supports ongoing quality of ACFI packs, validations don’t necessarily need to be a stressful experience.

At Mirus Australia we work hard to help Aged Care Providers do more for their residents and expect better business outcomes. We partner with our clients to help them refine processes, upskill their teams and improve the financial health of their organisation

Contact us to learn how our clients benefit from the support we provide before, during and after a validation on
info@mirusaustralia.com
PH: 1300 738 145

1 . The Fourth Report on the Funding and Financing of the Aged Care Sector (2016), Aged Care Financing Authority. 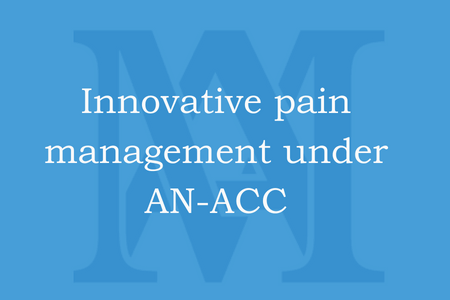 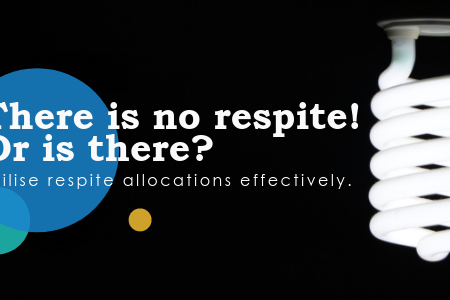 There is no respite! Or is there?